We’re delighted to have helped the Lucie Blackman trust to reunite missing persons. A spokesman for the charity sent us the following acknowledgement:

“In 2010 the Lucie Blackman Trust’s Missing Abroad programme was able to reunite two UK families with loved ones they thought they had lost forever thanks to the generosity of 192.com.

“Using credits supplied by 192.com, Missing Abroad was able to search UK records extensively, and along with other links and research avenues were able to locate one young man who had suffered a breakdown. Missing Abroad had tracked him as far as leaving the UK and entering another country, but there the trail ended.

Using 192.com, they were able to find friends that he had been staying with who provided invaluable information as to his state of mind and possible locations.

Working with the Foreign & Commonwealth Office and police forces in both countries, Missing Abroad were able to locate and reassure him, provide emergency assistance and ultimately reunited him with his family back home in the UK.

In another case, a family were desperate for news about their daughter after she disappeared whilst holidaying in the Balearics. An international search was launched and Missing Abroad were asked to assist. Using similar techniques, Missing Abroad tracked down and spoke to friends in the UK, who revealed that the subject had in fact returned to the UK and was staying with friends in London. Acting as a go between messenger Missing Abroad was able to reunite the family who now are closer than ever before.”

At 192.com we’re passionate about reunting friends and family, and if we’ve helped reunite you we are always keen to hear your reunion story. 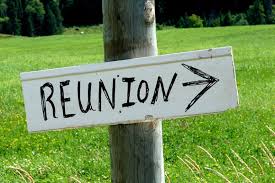